Poliovirus infection is usually asymptomatic. When symptomatic, the most common presentation is a minor gastrointestinal illness.

Acute flaccid paralysis (AFP), or paralytic poliomyelitis, is the hallmark of the major illness. A minority of affected cases with AFP progress to life-threatening bulbar paralysis and respiratory compromise.

Post-poliomyelitis syndrome may occur many years after the initial illness, and consists of weakness and fatigue in muscle groups previously affected in the acute illness.

There is no cure for poliovirus infection or post-poliomyelitis syndrome, and treatment is mainly supportive.

Early physiotherapy is key to maximising and restoring limb function in paralytic poliomyelitis and in post-poliomyelitis syndrome.

The cornerstones of poliomyelitis eradication initiatives are oral vaccines containing attenuated poliovirus (OPV) (Sabin) in disease-endemic, outbreak-affected areas and recently polio-free countries of the world, and inactivated poliovirus vaccine (IPV) (Salk) in the rest of the world, in countries where the risk of vaccination-associated paralytic polio is considered greater than the risk of naturally occurring infection.

Poliomyelitis is contracted through transmission of poliovirus, an enterovirus, usually through gastrointestinal-oral transmission.[1]Heymann DL, Aylward RB. Eradicating polio. N Engl J Med. 2004 Sep 23;351(13):1275-7. http://www.ncbi.nlm.nih.gov/pubmed/15385650?tool=bestpractice.com The condition may manifest as the minor illness, which is usually gastrointestinal, or as the major illness, characterised by acute flaccid paralysis (AFP). Ninety-five percent of poliovirus infections are asymptomatic. The classic clinical syndrome of poliomyelitis involves asymmetrical paralysis of the affected limb (usually the lower extremities). There is no specific treatment, nor reservoir in nature, making vaccination and global eradication a major priority for the World Health Organization (WHO).[2]Cochi SL, Kew O. Polio today: are we on the verge of global eradication? JAMA. 2008 Aug 20;300(7):839-41. https://jama.ama-assn.org/cgi/content/full/300/7/839 http://www.ncbi.nlm.nih.gov/pubmed/18714066?tool=bestpractice.com 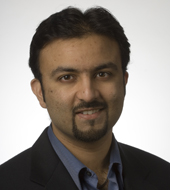 OAK is an author of a number of references cited in this topic.

DLH is an author of a number of references cited in this topic.

JMG declares that he has no competing interests.

GP declares that he has no competing interests.