Usually asymptomatic, although brief palpitations may sometimes be experienced. Symptoms in a patient with known nonsustained ventricular tachycardia (NSVT) are most often attributed to underlying cardiac disease rather than the arrhythmia itself.

Defined as a self-terminating event. No specific treatment indicated. Management is directed at any underlying heart condition.

Implantable cardioverter defibrillator (ICD) placement may be used for selected patients who have additional risk factors such as structural heart disease. Patients at risk for sudden cardiac death and who also have discordant contraction of left ventricular function may benefit from cardiac resynchronization therapy (CRT).

Prognosis dependent on presence or absence of cardiac disease. Left ventricular function in post-MI patients remains the most important prognostic tool for overall mortality and risk for sudden cardiac death.

No increase in mortality demonstrated in those patients without associated cardiac disease. 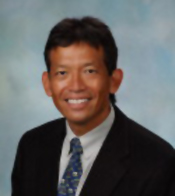 FK declares that he has no competing interests.

Professor Kusumoto would like to gratefully acknowledge Dr Ronald R. Butendieck Jr, a previous contributor to this topic. RRB declares that he has no competing interests.