Patients may respond to pharmacotherapy, psychotherapy, or a combination of both.

Like other mood disorders, is frequently comorbid with other psychiatric and medical conditions.

Persistent depressive disorder (PDD) is a category that includes various forms of chronic depression in which depressive symptoms are present "more days than not" over at least a 2-year period (1 year in children and adolescents).[1]American Psychiatric Association. Diagnostic and statistical manual of mental disorders, 5th ed., (DSM-5). Washington, DC: American Psychiatric Publishing; 2013. Subtypes of PDD include:

PDD may have early onset (before age 21 years) or late onset (at age 21 years or older). In addition, there may be the presence of "anxious distress", which includes feelings of being keyed up or on edge, restlessness, worry, feelings of doom, and fears of loss of control. Also it may have "atypical features", which include mood reactivity; weight gain; increased sleep; heavy, leaden feelings in limbs; and sensitivity to interpersonal rejection.

NOTE: It is important to specify that the term "persistent depressive disorder" includes the 4 different categories noted above. Prior research, including outcome studies, epidemiologic studies, and meta-analyses and other reviews, has generally followed DSM-IV categories, not the consolidated DSM-5 category. Hence, previous studies of "dysthymia" generally include patients presenting in subtypes 1) (pure dysthymia) and 4) (current dysthymia, prior MDD), with a small number of studies of pure dysthymia (category 1 alone). Other studies have been conducted for category 2) (chronic major depression). Those patients presenting with category 3) (dysthymia with current MDD, or so-called "double depression") are generally included in studies of major depressive disorder, and comorbid dysthymia may or may not be specified. In general, in studies cited in this topic, if they refer to "dysthymic disorder" the subtypes 1 and 4 are included; if they refer to “chronic major depression”, they include subtype 2. Also of note, studies of "major depression" often include patients with coexisting dysthymia, and may or may not specify the percentage of patients with chronicity. 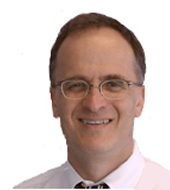 DJH has received grant support from Eli Lilly, Pfizer, Forest Pharmaceuticals, GlaxoSmithKline, and Bristol-Myers Squibb, GeneSight, Marinus, Takeda, Intracellular Therapies, and Compass Pathways. He is an author of a number of references cited in this topic.

Professor of Psychiatry and Mental Health

Mental Health Department of the Faculty of Medical Sciences

RG has been paid by Bristol-Myers Squibb for being on the advisory board.