Meckel diverticulum is the most common congenital abnormality of the small bowel.

Majority of patients remain asymptomatic for their entire life.

Majority of symptomatic patients present before the age of 2 years.

GI bleeding is a common presenting symptom in children and adults. The most useful diagnostic tool in cases with bleeding is the technetium-99m pertechnetate scan (Meckel scan).

Obstructive symptoms are another common presenting symptom and may be caused by several mechanisms, including intussusception.

Meckel diverticulitis occurs in 20% of patients who become symptomatic and is clinically indistinguishable from appendicitis.

The most common congenital malformation of the small bowel, Meckel diverticulum (MD) is present in 1% to 3% of the population.[1]Turgeon DK, Barnett JL. Meckel's diverticulum. Am J Gastroenterol. 1990;85:777-781. http://www.ncbi.nlm.nih.gov/pubmed/2196781?tool=bestpractice.com [2]Tavakkoli A, Ashley SW, Zinner MJ. Small intestine. In: Brunicardi FC, Andersen DK, Billiar TR, et al, eds. Schwartz's principles of surgery. 10th ed. New York, NY: McGraw-Hill; 2015.[3]Zani A, Eaton S, Rees CM, et al. Incidentally detected Meckel diverticulum: to resect or not to resect? Ann Surg. 2008;247:276-281. http://www.ncbi.nlm.nih.gov/pubmed/18216533?tool=bestpractice.com It is a true diverticulum that results from the failure of the vitelline duct to obliterate during the fifth week of fetal development. Patients are often asymptomatic. However, this embryologic remnant may cause bleeding, obstruction, inflammation, or perforation. It was named after Johann F. Meckel, a German anatomist who described the structure in 1809.[4]Meckel JF. Ueber die Divertikel am Darmkanal. Arch Physiol. 1809;9:421-453. 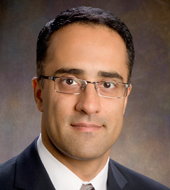 AT consults for Medtronic, sees patients on behalf of Partners Healthcare and is the recipient of grants from NIH, Siemens and Sanofi, none of which conflicts with this topic.

Dr Ali Tavakkoli would like to gratefully acknowledge Dr Gordon G. Wisbach, a previous contributor to this topic. GGW declares that he has no competing interests.

SD declares that he has no competing interests.

WEM declares that he has no competing interests.

SK declares that he has no competing interests.