Shock is best defined as a state of reduced end-organ oxygenation caused by an imbalance between tissue oxygen delivery and demand resulting in an oxygen debt.

Oxygen delivery is determined by cardiac output, vascular integrity, and oxygen content of the blood. Oxygen content is a composite of hemoglobin and arterial oxygen saturation, and the cardiac output is a product of stroke volume and heart rate. Stroke volume is affected by preload (filling), left ventricular contractility (pump function), and afterload as measured by the systemic vascular resistance.

Whatever the etiology, shock is characterized by release of cytokines and other inflammatory mediators that cause a systemic inflammatory response syndrome mediated by tissue hypoxia. This causes alterations in flow at the level of the microcirculation[2]De Backer D, Creteur J, Preiser JC, et al. Microvascular blood flow is altered in patients with sepsis. Am J Respir Crit Care Med. 2002 Jul 1;166(1):98-104. http://www.ncbi.nlm.nih.gov/pubmed/12091178?tool=bestpractice.com [3]Vincent JL, De Backer D. Microvascular dysfunction as a cause of organ dysfunction in severe sepsis. Crit Care. 2005;9 Suppl 4:S9-12. http://www.ncbi.nlm.nih.gov/pubmed/16168075?tool=bestpractice.com that can usually be reversed by intravascular volume resuscitation and, as appropriate, vasopressor and inotropic support.[4]De Backer D, Creteur J, Dubois MJ, et al. The effects of dobutamine on microcirculatory alterations in patients with septic shock are independent of its systemic effects. Crit Care Med. 2006 Feb;34(2):403-8. http://www.ncbi.nlm.nih.gov/pubmed/16424721?tool=bestpractice.com

Shock passes through an early reversible stage of compensated shock where the body's homeostatic mechanisms compensate for decreased perfusion by increasing the rate and force of contraction of the heart, initially maintaining arterial blood pressure. The circulation is centralized, due to peripheral vasoconstriction, so that blood flow to non-vital organs is reduced. Respiratory rate increases to compensate for metabolic acidosis and urine output falls as a result of release of antidiuretic hormone from the posterior pituitary. These adaptive responses may be inapparent to the casual observer. Unrecognized, this evolves to overt shock manifested by decreased BP and altered mental status. This usually occurs in the setting of an effective loss ≥30% of plasma volume and/or cardiac index of <2.2 L/minute/m^2. Untreated at this stage, it can cause irreversible cell death and organ damage.

The lack of tissue oxygenation leads to accumulation of products of anaerobic metabolism such as lactate. Significant tissue hypoxia leads to a systemic proinflammatory state with excess cytokine release; when prolonged ( >6 to 12 hours) this causes irreversible cellular damage. This is clinically manifest as multiorgan dysfunction/failure with increased mortality.

Mortality from shock varies between 35% and 70%, depending on the type of shock and the duration of tissue hypoperfusion.[5]Hochman JS, Boland J, Sleeper LA, et al. Current spectrum of cardiogenic shock and effect of early revascularization on mortality. Results of an International Registry. SHOCK Registry Investigators. Circulation. 1995 Feb 1;91(3):873-81. https://circ.ahajournals.org/content/91/3/873.full http://www.ncbi.nlm.nih.gov/pubmed/7828316?tool=bestpractice.com [6]Bone RC. Toward an epidemiology and natural history of SIRS (systemic inflammatory response syndrome). JAMA. 1992 Dec 23-30;268(24):3452-5. http://www.ncbi.nlm.nih.gov/pubmed/1460735?tool=bestpractice.com 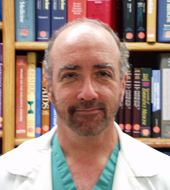 The David Geffen School of Medicine

SJS declares that he has no competing interests.

Dr Samuel J. Stratton would like to gratefully acknowledge Dr Patrick Nee, Dr Joseph C. Farmer, and Dr Srikanth Hosur, the previous contributors to this monograph. PN, JCF, and SH declare that they have no competing interests.

AMD declares that he has no competing interests.

EC declares that he has no competing interests.

HW declares that he has no competing interests.

KB declares that he has no competing interests.