Ventricular septal defect with overriding aorta and right ventricular (RV) outflow tract obstruction and resulting RV hypertrophy. The common embryologic cause for this constellation of findings is anterior and cephalad deviation of the muscular outlet of the ventricular septum.

Usually presents in the neonatal period with a murmur, cyanosis, or both.

Treatment is by surgical repair. This usually consists of complete intracardiac repair typically during the neonatal or infant period. Occasionally, an aortopulmonary shunt is used palliatively before complete repair.

The most common long-term complications of complete repair are progressive pulmonary regurgitation and RV failure, atrial arrhythmias, and ventricular arrhythmias.

This was classically described by Dr. Etienne-Louis Arthur Fallot, a pathologist, who described it in 1888 and coined the term "la maladie bleue" (blue-baby syndrome). The cyanosis associated with this condition is due to right-to-left shunting of deoxygenated blood at the level of the VSD. Historically, children with TOF presented with cyanosis that was progressive and life-limiting; untreated children with TOF would typically squat down, which would lead to increased pulmonary blood flow.[1]Allen HD, Driscoll DJ, Shaddy RE, et al. Moss and Adams’ heart disease in infants, children, and adolescents: including the fetus and young adult. 7th ed. Philadelphia, PA: Lippincott Williams & Wilkins; 2007. 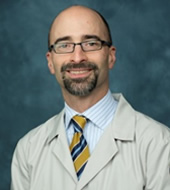 JG declares that he has no competing interests. AK declares that she has no competing interests.

RA declares that he has no competing interests.

MC declares that he has no competing interests.