Relatively common, chronic pattern of perceptual and behavioral abnormalities. These manifest as problems in at least two of the following domains: cognitive-perceptual, affect regulation, interpersonal functioning, or impulse control.

Onset of symptoms in childhood/adolescence with stability over time.

Ongoing relationship with primary care physician is essential but may be challenging to maintain.

Psychotherapy is indicated in most cases. Selective use of pharmacotherapy can provide added benefit.

Personality disorders refer to enduring patterns of thinking and feeling about oneself and others that significantly and adversely affect how an individual functions in the various aspects of life. In the Diagnostic and Statistical Manual of Mental Disorders, 5th Edition (DSM-5),[1]American Psychiatric Association. Diagnostic and statistical manual of mental disorders, 5th ed. Arlington, VA: American Psychiatric Association; 2013. the personality disorders fall into 10 distinct types: paranoid, schizoid, schizotypal, antisocial, borderline, histrionic, narcissistic, avoidant, dependent, and obsessive-compulsive. None of the criteria for personality disorders has changed in the DSM-5 compared with the previous edition, DSM-IV.

In the process of developing the DSM-5, several proposed revisions were drafted that would have significantly changed the method by which individuals with these disorders are diagnosed. However, based on feedback from a multilevel review of the proposed revisions, the American Psychiatric Association ultimately decided to retain the DSM-IV categorical approach along with the same 10 personality disorders. The motivation for the development of DSM-5 was the lack of validity of existing categories of mental disorders according to traditional criteria,[2]Robins E, Guze SB. Establishment of diagnostic validity in psychiatric illness: its application to schizophrenia. Am J Psychiatry. 1970 Jan;126(7):983-7. http://www.ncbi.nlm.nih.gov/pubmed/5409569?tool=bestpractice.com yet new options for these disorders were intended to somehow meet these standards. Unfortunately the developers of DSM-5 have not improved the validity problem with any of the diagnostic categories, especially the personality disorders.

The proposed revisions that were not accepted for the main body of the manual were approved as an alternative hybrid dimensional-categorical model that will be included in a separate chapter in Section III of DSM-5. This alternative model was included to encourage further study on how this new methodology could be used to assess personality and diagnose personality disorders in clinical practice. The hybrid methodology retains six personality disorder types: borderline, obsessive-compulsive, avoidant, schizotypal, antisocial, and narcissistic. In addition, the DSM-5 has moved away from the multiaxial system to a new assessment that removes the arbitrary boundaries between personality disorders and other mental disorders.

at risk for harming self or others, or unable to attend to basic self-needs 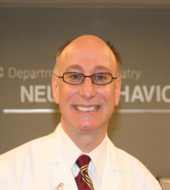 MJS is on the advisory board for the Chicago Epilepsy Foundation.

Dr Michael J. Schrift would like to gratefully acknowledge Dr Crystal T. Clark, and the late Dr Maria Devens, previous contributors to this topic. He would also like to acknowledge Dr Eric Gausche, who contributed the psychopharmacology sections for the initial version, and Dr Richard Stringham, who reviewed and approved information on the use of imaging and laboratory tests in the diagnosis section in the initial version. MD was an author of references cited in this topic. CTC, EG, and RS declare that they have no competing interests.

AWB declares that he has a bias towards the use of mentalization in the treatment of personality disorder.

RLK declares that she has no competing interests.

JT declares that he has no competing interests.