Coma is the absence of consciousness.

Full consciousness is an awake state in which one is aware of oneself and the environment, including the ability to perceive and interpret stimuli and to interact and communicate with others in the absence of motor deficits.

The ARAS is a complex system with some redundancy of pathways that are involved in arousal and maintenance of wakefulness. This may explain the recovery of the arousal system after initial coma, almost always within 3 weeks from coma onset in most patients. As a corollary, disorders cause impaired consciousness by impairing the function of a significant component of the ARAS.

Clinical assessment tools for patients with impaired consciousness, include the Glasgow Coma Scale and the Full Outline of UnResponsiveness (FOUR) scoring system; the latter has some advantages in intubated patients.[10]Bruno MA, Ledoux D, Lambermont B, et al. Comparison of the Full Outline of UnResponsiveness and Glasgow Liege Scale/Glasgow Coma Scale in an intensive care unit population. Neurocrit Care. 2011 Dec;15(3):447-53. http://www.ncbi.nlm.nih.gov/pubmed/21526394?tool=bestpractice.com 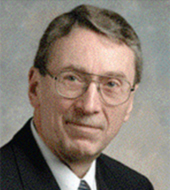 GBY declares that he has no competing interests.

David Geffen School of Medicine at University of California

PV declares that he has no competing interests.