Endometrial cancer is a common malignancy, usually an adenocarcinoma.

Overweight and obesity are associated with an increased incidence and poorer outcome.

Adjuvant vaginal brachytherapy or pelvic external beam radiation therapy can reduce local recurrence and improve progression-free survival, but does not improve survival in stages I and II disease.

Chemotherapy and chemoradiotherapy are options for patients with stages III and IV disease. The optimal role of chemotherapy in patients with recurrent disease or nonendometrioid carcinomas (e.g., serous, clear-cell, undifferentiated carcinoma, carcinosarcoma) is unclear and controversial.

An epithelial malignancy of the uterine corpus mucosa, usually an adenocarcinoma. 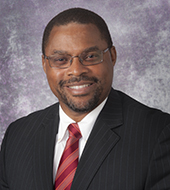 University of Pittsburgh School of Medicine

ABO declares that he has no competing interests.

NSH and AHR declare that they have no competing interests.

SAD declares that she has no competing interests.

SM declares that she has no competing interests.