Lyme disease is an infectious disease transmitted to humans through the bite of infected ticks.

Erythema migrans develops at the site of tick bite usually within 1 to 2 weeks and is a pathognomic feature.

Constitutional symptoms such as fever, headache, myalgias, fatigue, and arthralgias may occur.

Complications of Lyme disease may be neurologic, cardiac, or musculoskeletal.

Mainstay of treatment is antibiotic therapy.

There is currently no vaccine; prevention is centered around reducing exposure to ticks.

Lyme disease is a zoonotic infection caused by a spirochete of genus Borrelia, which is transmitted to humans by ticks. Zoonotic diseases are transmitted between vertebrate animals and humans. Animals serve as the primary reservoir of Borrelia. Ticks become infected by feeding on an infected animal. The most common initial manifestation is a typical skin lesion known as erythema migrans. Later manifestations may include arthritis, or central nervous system or cardiac involvement. 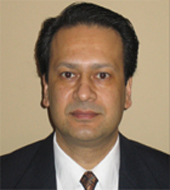 Professor of Medicine and Infectious Diseases

JK declares that he has no competing interests.

Dr Janak Koirala would like to gratefully acknowledge Dr Tin Han Htwe and Dr Cristian A. Spiel, previous contributors to this topic.

THH and CAS declare that they have no competing interests.

Professor of Medicine and Microbiology/Immunology

Chief of Allergy, Immunology and Rheumatology

RJD declares that he has no competing interests.

Assistant Professor of Neurology and Neurosurgery

IC declares that she has no competing interests.

GF declares that he has no competing interests.

AL is an author of a reference cited in this topic.