Schizoaffective disorder has features of both schizophrenia and mood disorders.

Patients tend to have a nondeteriorating course and to have better response to mood stabilizer medications than patients with schizophrenia.

Schizoaffective disorder is an illness defined by a course that combines significant affective and psychotic symptoms. The Diagnostic and statistical manual of mental disorders (DSM) definition requires the presence of schizophrenia symptoms concurrent with the mood symptoms (depression or mania), and lasting for a considerable part of a 1-month period. Schizoaffective disorder is further classified as manic type (when manic symptoms are prominent) or depressive type (when only schizophrenia and major depressive symptoms have been present).[1]American Psychiatric Association. Diagnostic and statistical manual of mental disorders, 5th ed., (DSM-5). Washington, DC: American Psychiatric Publishing; 2013.

The WHO International statistical classification of diseases and related health problems, 10th revision (ICD-10) definition requires the presence of prominent affective and psychotic symptoms, either at the same time or within a few days of each other.[2]World Health Organization. The ICD-10 classification of mental and behavioral disorders: diagnostic criteria for research. 1993 (updated for 2016) [internet publication]. http://apps.who.int/classifications/icd10/browse/2016/en#/ A schizoaffective episode is diagnosed only when the patient does not meet criteria for either schizophrenia or a depressive or manic episode. Schizoaffective disorder is further classified as manic type, when manic or mixed symptoms are prominent, or depressive type, when only schizophrenia and depressive symptoms have been present. 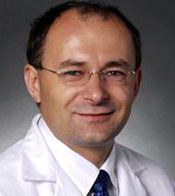 RGB declares that he has no competing interests. 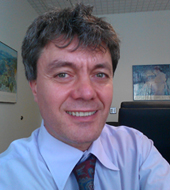 Department of Psychiatry and Human Behavior

AP declares that he has no competing interests.

KS declares that he has no competing interests.

University of Maryland School of Medicine

WTR declares that he has no competing interests.