Evaluation of nausea and vomiting in children

Nausea and vomiting are very common symptoms in the pediatric population. Whether presenting in the emergency department or in an outpatient clinic, they are a frequent reason for parents and caregivers to seek medical attention. As a result, they have a significant impact on healthcare costs.

Nausea is defined as the subjective unpleasant sensation of imminent vomiting. It is frequently accompanied by autonomic symptoms such as dizziness, pallor, and sweating.

Vomiting is defined as the vigorous oral expulsion of the gastric or intestinal contents associated with increased intra-abdominal pressure. Oral regurgitation refers to the effortless, usually postprandial, emesis of food content.

Nausea is not always followed by vomiting, as in conditions such as chronic functional nausea, postural nausea, and functional dyspepsia. 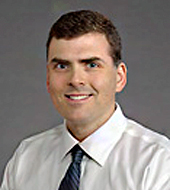 JEF is on the advisory board (non-compensated) for the Gastroparesis Patient Association for Cures and Treatments (G-PACT).

Dr John E. Fortunato would like to gratefully acknowledge Dr Mary K. Rogers Boruta and Dr Roberto A. Gomez-Suarez, previous contributors to this topic. MKRB is a consultant for Medspira on pediatric integration for anorectal manometry by assisting with training providers on device use, for which she receives no compensation. There is no contractual agreement to disseminate product information. RAG-S declares that he has no competing interests.

DAB declares that he has no competing interests.

PDW declares that he has no competing interests.

AGS is developing a project on the use of an antiemesis drug for gastroenteritis but has no other connection with the topic per se.