Campylobacter infection is one of the leading causes of acute diarrhea worldwide and is the most commonly reported bacterial cause of acute gastroenteritis in developed countries. It is also a major cause of travelers' diarrhea.

Campylobacters are carried by a wide variety of wild and domestic animals, most commonly birds. Most C jejuni infections come from infected poultry.

Diarrhea is usually self-limited and resolves in 5-7 days. Campylobacter bacteremia is very rare.

Fluid and electrolyte replacement is essential. Only a small proportion of patients benefit from antimicrobial therapy. 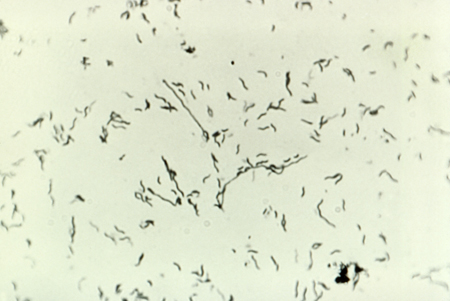