Most common of the rare benign primary cardiac tumors.

Usually found in the left atrium and typically attached to the septum.

Most common presentation is with symptoms of mitral valve obstruction, followed by embolic manifestations. Constitutional symptoms include fever, fatigue, and weight loss.

The only definite treatment is surgical.

Myxoma is the commonest cardiac tumor and constitutes 50% of all benign cardiac tumors in adults, but only 15% of such tumors in children. About 75% of primary cardiac tumors are benign. Most myxomas are found in the left atrium (75%) and in decreasing frequencies in the right atrium, right ventricle, and left ventricle. 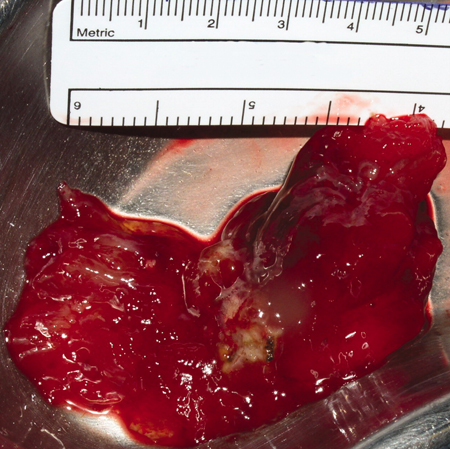