Affects 2% to 5% of the population, slightly more common in women than in men, and most common in people between 40 and 70 years of age.

Mainstay of treatment is physical therapy and observation. Evidence shows that nonsteroidal anti-inflammatory drugs and injected corticosteroids may also be beneficial therapies.

Refractory cases may require a surgical capsular release. This can be performed reliably and satisfactorily with arthroscopic techniques.

Adhesive capsulitis is a chronic fibrosing condition characterized by insidious and progressive severe restriction of both active and passive shoulder range of motion in the absence of a known intrinsic disorder of the shoulder. It is generally regarded as a self-limited condition that usually resolves within 18 to 24 months. However, some reports have indicated that many patients can have residual pain and limited range of motion lasting several years.[1]Griggs SM, Ahn A, Green A. Idiopathic adhesive capsulitis: a prospective functional outcome study of nonoperative treatment. J Bone Joint Surg Am. 2000;82:1398-1407. http://www.ncbi.nlm.nih.gov/pubmed/11057467?tool=bestpractice.com [2]Shaffer B, Tibone JE, Kerlan RK. Frozen shoulder: a long-term follow-up. J Bone Joint Surg Am. 1992;74:738-746. http://www.ncbi.nlm.nih.gov/pubmed/1624489?tool=bestpractice.com

It should be noted by treating clinicians that there remains a poor overall understanding of the exact pathogenesis of adhesive capsulitis. In addition, debate continues regarding the best treatment strategies. Unfortunately, there is a paucity of good-quality, randomized controlled trials that help guide treating clinicians by providing a stepwise and systematic treatment algorithm. However, a critical review of available evidence shows that adhesive capsulitis is a self-limited process and that most interventions, including nonoperative treatments, are designed to mitigate or alleviate symptoms. They are also designed to speed up recovery and shorten the duration of painful symptoms and limited range of motion.[3]Rookmoneea M, Dennis L, Brealey S, et al. The effectiveness of interventions in the management of patients with primary frozen shoulder. J Bone Joint Surg Br. 2010;92:1267-1272. http://www.ncbi.nlm.nih.gov/pubmed/20798446?tool=bestpractice.com 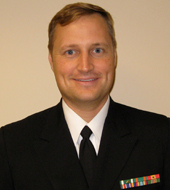 MTP is a consultant for Arthrex and JRF. MTP receives royalties from Arthrex. 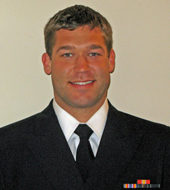 LL declares that he has no competing interests. 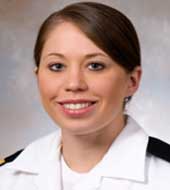 JS declares that she has no competing interests.

DS declares that he has no competing interests.