Characterized by nausea/vomiting, possibly accompanied by other symptoms such as dizziness or headache.

Controlled breathing is helpful during episodes.

Drug therapy includes antimuscarinics or antihistamines, both of which may have significant adverse effects (notably drowsiness) and impede habituation.

Habituation (desensitization) and cognitive behavioral therapy may be useful for people who must undergo repeated provocative motion (e.g., for their occupations).

The rate at which motion sickness develops varies with the intensity of motion. Nausea leading to vomiting may develop within a few minutes if the provocative motion stimulus is intense, whereas with moderately provocative motion the onset of nausea is delayed, and vomiting may not necessarily occur. If motion is sustained, as on a long sea voyage, most subjects develop some habituation and become less susceptible to motion sickness. Similarly, frequent short exposures to provocative motion lead to a protective habituation, although the ability to adapt is marked by substantial individual differences. With infrequent exposures the protective value of habituating experiences is lost, and the subject returns to baseline levels of susceptibility.[3]Hu S, Grant WF, Stern RM, et al. Motion sickness severity and physiological correlates during repeated exposures to a rotating optokinetic drum. Aviat Space Environ Med. 1991;62:308-314. http://www.ncbi.nlm.nih.gov/pubmed/2031631?tool=bestpractice.com 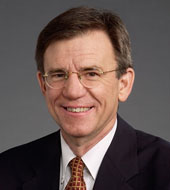 KLK is an author of several references cited in this topic.

Dr Kenneth L. Koch would like to gratefully acknowledge Dr Michael Andrew Gresty, a previous contributor to this monograph. MAG is an author of several references cited in this monograph.

AJB declares that he has no competing interests.

DAG declares that he has no competing interests.

MVB declares that he has no competing interests.

RL declares that he has no competing interests.