Tremor is the most common movement disorder.[1]Wasielewski PG, Burns JM, Koller WC. Pharmacologic treatment of tremor. Mov Disord. 1998;13(suppl 3):90-100. http://www.ncbi.nlm.nih.gov/pubmed/9827602?tool=bestpractice.com It is defined as an involuntary rhythmic oscillation of ≥1 body parts, mediated by alternating contractions of reciprocally acting muscles.[2]Zesiewicz TA, Hauser RA. Phenomenology and treatment of tremor disorders. Neurol Clin. 2001;19:651-680. http://www.ncbi.nlm.nih.gov/pubmed/11532648?tool=bestpractice.com It commonly affects the upper extremities but can also affect the head, chin, voice, or legs. Tremor, if severe, may impair activities of daily living or occupation, and may lead to embarrassment and social withdrawal.

Its rhythmicity differentiates it from other involuntary movements such as myoclonus, clonus, chorea, dystonia, and tics, although patients with these other conditions may complain of 'shaking' or 'tremulousness'. For appropriate diagnosis and treatment, it is critical to determine the positional properties that make the tremor most noticeable. Most tremors can be classified as 'rest' or 'action'.

KLC serves on the medical advisory board for the International Essential Tremor Foundation and has received grants from Cavion. KLC receives royalties from UpToDate and Springer Publishing. 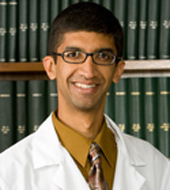 PD declares that he has no competing interests.

University of Pennsylvania School of Medicine

HH declares that he has no competing interests.

RW declares that he has no competing interests.