May involve the retrobulbar (retrobulbar neuritis) or the intrabulbar (papillitis) portion of the optic nerve, or both.

Idiopathic ON, the most common form of ON, is an inflammatory optic neuropathy in the absence of evidence of a systemic inflammatory disease.

May occur in isolation or be a manifestation, often the first, of multiple sclerosis (MS).

Oral prednisolone alone should not be used in the treatment of idiopathic acute ON.

Optic neuritis (ON) represents inflammation of the optic nerve. By far the most common form is idiopathic ON, which is a primary demyelinating disease occurring in isolation or as part of multiple sclerosis (MS).[1]Ebers GC. Optic neuritis and multiple sclerosis. Arch Neurol. 1985;42:702-704. http://www.ncbi.nlm.nih.gov/pubmed/4015469?tool=bestpractice.com [2]Optic Neuritis Study Group. The clinical profile of optic neuritis: experience of the Optic Neuritis Treatment Trial. Arch Ophthalmol. 1991;109:1673-1678. http://www.ncbi.nlm.nih.gov/pubmed/1841573?tool=bestpractice.com When in isolation, primary demyelinating ON is considered a forme fruste of MS. ON manifests as the subacute or acute onset of pain in the eye and pain with eye movements and loss of vision, typically with central or centrocaecal scotoma that usually reaches a nadir at approximately 1 to 2 weeks. ON recovers over several months, with ultimate visual acuity that is possibly reduced but seldom severely so.

School of Medical and Surgical Sciences

CSC has received research support, support for travel to scientific meetings, or consultancy fees from Biogen, Bayer, Genzyme, Merck, Morphosys, Novartis, Roche, Sanofi-Pasteur, MSD, and Teva. CSC is an author of a number of references cited in this topic. 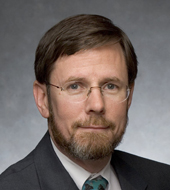 TMB declares that he has no competing interests.

GG declares that he has no competing interests.

Department of Neurology and Psychiatry

JS declares that he has no competing interests.

EM declares that he has no competing interests.

JS declares that he has no competing interests.