A B-cell malignancy that is characterised commonly by symptoms of fatigue, a markedly enlarged spleen, and a distinctive histological appearance on peripheral blood smear and bone marrow biopsy.

The disease is not curable. However, it is highly responsive to therapy and may be managed successfully for a decade or more.

Patients who are without symptoms do not require immediate treatment; early treatment does not extend life expectancy.

In symptomatic patients, purine analogues have largely replaced traditional therapies, such as splenectomy, except in rare cases of splenic rupture or massive splenomegaly.

Supportive care with antibiotics, non-steroidal anti-inflammatory drugs, administration of irradiated blood products, and granulocyte colony-stimulating factors may have a role in therapy for hairy cell leukaemia.

Hairy cell leukaemia (HCL) is an uncommon, indolent, mature B-cell neoplasm. It was described as a distinct clinical entity in 1958.[1]Foucar K, Falini B, Catovsky D, et al. Hairy cell leukemia. In: WHO classification of tumours of haematopoietic and lymphoid tissues, vol 2, 4th ed. Geneva, Switzerland: World Health Organization Press; 2008:188-90. Seen under the microscope, the cells have delicate cytoplasmic projections, resembling hair, and that is why the disease was named HCL. The disease has a characteristic presentation of pancytopenia, splenomegaly, and circulating hairy cells in blood, marrow, and other haematopoietic organs.[2]Ruiz-Arguelles GJ, Cantu-Rodriquez OG, Gomez-Almaguer D, et al. Hairy cell leukemia is infrequent in Mexico and has a geographic distribution. Am J Hematol. 1996 Aug;52(4):316-8. http://www.ncbi.nlm.nih.gov/pubmed/8701952?tool=bestpractice.com 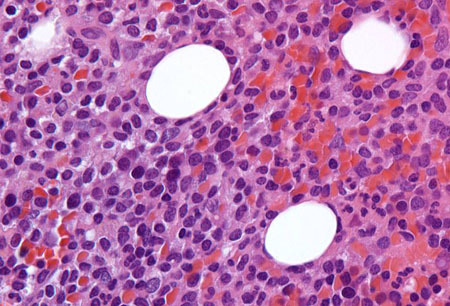 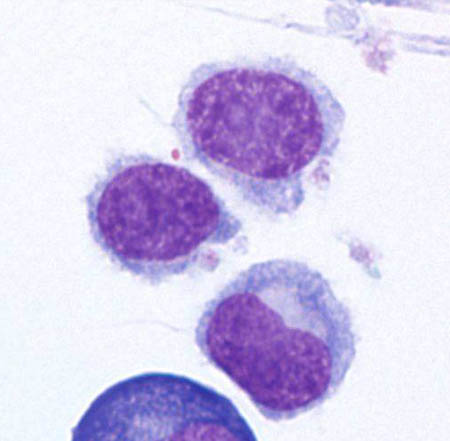