In early disease, haemoglobin and mean corpuscular volume are normal. In severe disease, patients present with symptomatic anaemia and pancytopenia.

Vitamin B12 (cobalamin) deficiency must be ruled out before initiating folic acid therapy, as the therapy may mask neurological manifestations of underlying vitamin B12 deficiency.

Oral folic acid is usually considered sufficient therapy. Underlying cause should be identified and treated.

Food fortification programmes instituted in some countries have decreased the incidence of folate deficiency and associated anaemia and fetal NTDs.

Folate, also known as vitamin B9, is present in green vegetables, legumes, and some fruits.

Deficiency arises due to malabsorption, drugs and toxins, increased demand, or dietary deficiency. 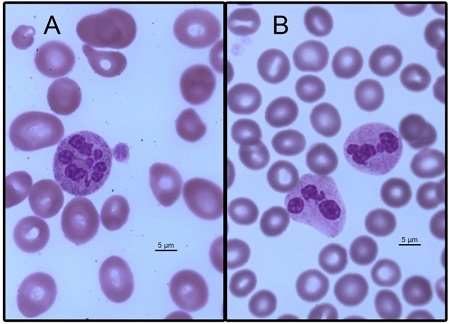 at risk of folate deficiency due to pregnancy or lactation

at risk of folate deficiency due to malabsorption disorders, chronic haemolytic disorder, or chronic dialysis

at risk of folate deficiency due to medication