Diagnosis is made on physical examination when one or both testes are not present within the dependent portion of the scrotal sac.

Approximately 70% of cryptorchid testes are palpable within the upper portion of the scrotum or inguinal canal, whereas the other 30% are not palpable, suggesting either an intra-abdominal location, testicular nubbin, or anorchia.

Referral to a specialist should be made by 6 months corrected gestational age and surgical correction should be performed within the next year. Testes that remain undescended by 6 months are unlikely to descend spontaneously.

Boys with newly acquired (ascended) testicles should be referred to a surgical specialist.

Delayed or lack of treatment has been associated with a higher incidence of testicular cancer and reduced fertility from the affected testis.

Immediate specialist consultation should be obtained in any patient with bilateral non-palpable testicles.

Patients affected with both cryptorchidism and hypospadias should be screened with karyotype for a disorder of sex development (DSD).

Cryptorchidism, or undescended testis, is when one or both testes are not present within the dependent portion of the scrotal sac. 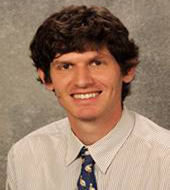 DJC declares that he has no competing interests.

MK declares that he has no competing interests.

The University of California

PJT declares that he has no competing interests.

VG declares that he has no competing interests.

JT is an author of a reference cited in this topic.