Hypertensive syndrome that occurs in pregnant women after 20 weeks' gestation, consisting of new-onset, persistent hypertension with either proteinuria or evidence of systemic involvement.

All pregnant women presenting with hypertension and either proteinuria or evidence of systemic involvement require close assessment and monitoring for pre-eclampsia and its complications.

Delivery is the definitive treatment; the decision about when and how to deliver should only be made after a thorough assessment of the risk and benefits to the mother and baby.

Other mainstays of management include antihypertensive therapy, seizure control, and fluid restriction.

Maternal mortality is highest after delivery, so vigilance should be maintained in the postpartum period.

Can occur in subsequent pregnancies; therefore, women should be counselled about the risk.

A disorder of pregnancy associated with new-onset hypertension (defined as a blood pressure ≥140 mmHg systolic and/or ≥90 mmHg diastolic), which occurs most often after 20 weeks of gestation and frequently near term. Although often accompanied by new-onset proteinuria, hypertension and other signs or symptoms of pre-eclampsia may present in some women in the absence of proteinuria.[1]American College of Obstetricians and Gynecologists. ACOG practice bulletin no. 202: gestational hypertension and preeclampsia. Obstet Gynecol. 2019 Jan;133(1):e1-25. http://www.ncbi.nlm.nih.gov/pubmed/30575675?tool=bestpractice.com 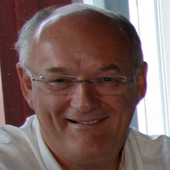 Academic Department of Obstetrics and Gynaecology

JJW is a Medical Director of Action on Preeclampsia (UK) (honorary). He has carried out previous consultancy work for SPI (Swiss Precision Instruments), paid, but not in the last 5 years. Expert witness in medico-legal cases both for plaintiff and defendant on various obstetric topics including pre-eclampsia. JJW has no current grants in the subject. He lectures on pre-eclampsia by invitation but not on behalf of companies. No current patents. Nil else.

LM declares that she has no competing interests.

TRE declares that he has no competing interests.