Defined as a serum sodium concentration of <135 mmol/L.

Can occur in settings of volume depletion, volume overload, or euvolaemia.

Cerebral oedema is a medical emergency and occurs more frequently when hyponatraemia develops over <48 hours. Patients should be treated promptly with hypertonic 3% saline.

Other treatment depends on the underlying cause and may include fluid restriction and stopping causative medications.

Overly rapid correction of serum sodium concentration can lead to the life-threatening complication of myelinolysis and should be avoided.

Hyponatraemia is defined as a serum sodium concentration of <135 mmol/L. Normal serum sodium concentration is in the range of 135-145 mmol/L. It is a disorder of water balance reflected by an excess of total body water relative to electrolytes (total body sodium and potassium) leading to low plasma osmolality (i.e., <275 mmol/kg).[1]Spasovski G, Vanholder R, Allolio B, et al; Hyponatraemia Guideline Development Group. Clinical practice guideline on diagnosis and treatment of hyponatraemia. Eur J Endocrinol. 2014 Feb 25;170(3):G1-47. http://www.eje-online.org/content/170/3/G1.long http://www.ncbi.nlm.nih.gov/pubmed/24569125?tool=bestpractice.com Hyponatraemia is generally caused by an increase in renal water reabsorption due to release of vasopressin (arginine vasopressin also known as antidiuretic hormone) along with water intake, and can occur in situations of volume depletion, volume overload, or normal volume. (It should be noted that loss of sodium is minor compared with gains in water in most types of hyponatraemia.)

This topic principally focuses on hypotonic (hypo-osmolar) hyponatraemia, the most common type of hyponatraemia. 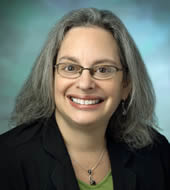 JHV declares that she has no competing interests.

GL is an author of a number of references cited in this topic.

MEU declares that he has no competing interests.