Notifiable condition. It is important to distinguish from dengue fever and Zika virus infection, which are transmitted by the same vector.

Most patients fully recover, but some develop chronic joint disease characterised by polyarthritis and systemic manifestations that may last for months or years and may resemble rheumatoid arthritis or a seronegative spondyloarthropathy.

Has a global distribution, thanks to a genetic change enabling the virus to be transmitted by Aedes albopictus (a more widespread Aedes vector), as well as Aedesaegypti. Locally acquired cases have been reported in the US and Europe.

Diagnosis is based on clinical manifestations and epidemiological clues. Confirmation is via serological detection of antibodies. Real-time reverse transcription polymerase chain reaction can be used to determine whether a patient is infected with chikungunya, Zika, or dengue virus in one test. Co-infection may occur.

There is no specific vaccine or treatment. Avoidance of mosquito bites is the best method of prevention.

Chikungunya virus (also known as CHIKV) is an alphavirus transmitted by the Aedes species of mosquitoes. Chikungunya means 'that which bends up' in the Makonde language (spoken in a border area between Mozambique and Tanzania where the first outbreak was described), which refers to the arthritis that the infection can cause. Fever and joint aches are the most common manifestations of infection, which may resemble other viral illnesses, including dengue. The disease is usually self-limited, but some cases may evolve into a chronic condition with debilitating arthritis. 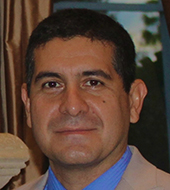 MGM declares that he has no competing interests.

JF declares that she has no competing interests.

MC declares that she has no competing interests.