Genetic disorder with an autosomal inheritance pattern and codominant expression of alleles.

Pulmonary and hepatic manifestations include emphysema, COPD, and cirrhosis.

Granulomatosis with polyangiitis (formerly known as Wegener's granulomatosis) and necrotising panniculitis are infrequent complications but can prompt diagnosis. 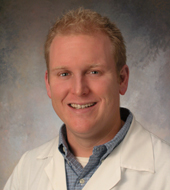 Dr D. Kyle Hogarth would like to gratefully acknowledge Dr Paul J. Hutchison, a previous contributor to this monograph. PJH declares that he has no competing interests.

JD declares that she has no competing interests.

FR has been a consultant and speaker and has received funding from Baxter Healthcare and CSL Behring.

GPC declares that he has no competing interests.