Assessment of fever in children

Fever is generally defined as a temperature of ≥38.0°C (100.4°F) and is one of the most common reasons why children and their carers seek medical attention. Endogenous or exogenous pyrogens trigger release of prostaglandins, most notably prostaglandin E2, which in turn signals the hypothalamus to elevate the body's thermoregulatory set-point by regulating endocrinological, autonomic, and behavioural responses. However, normal body temperature varies substantially by factors such as the time of day, degree of physical exertion, and ambient temperature.

While the underlying cause of fever is often discernible by history or physical examination, many children have unexplained fever despite initial evaluation. The distinction between patients who have 'fever without source' and 'fever of unknown origin' is important. The vast majority of children who present acutely with fever without source (or fever of unclear source) have underlying infections, typically requiring urgent evaluation and empirical treatment (especially in young children). In contrast, fever of unknown origin is not well defined in children. It has been historically used to describe a subacute presentation of a single illness of at least 3 weeks' duration during which a fever >38.3°C (100.9°F) is present for most days and the diagnosis is unclear after 1 week of intense investigation.[1]Petersdorf RG, Beeson PB. Fever of unexplained origin: report on 100 cases. Medicine (Baltimore). 1961;40:1-30. http://www.ncbi.nlm.nih.gov/pubmed/13734791?tool=bestpractice.com The most common causes are infections, inflammatory/vasculitic disorders, and malignancies.[2]Chusid MJ. Fever of unknown origin in childhood. Pediatr Clin North Am. 2017;64:205-230. http://www.ncbi.nlm.nih.gov/pubmed/27894446?tool=bestpractice.com These children require a more deliberate, comprehensive, and prolonged evaluation, and frequently do not need urgent empirical therapy. There is an increased emphasis on unusual presentations of common illness and on esoteric causes.

This topic addresses acute and subacute causes of fever in which no cause is readily discernible based on the history and physical examination. 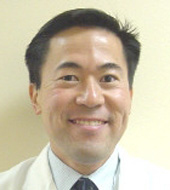 PI declares that he has no competing interests.

Departments of Pediatrics and Surgery

LY declares that he has no competing interests.

PS declares that he has no competing interests.

EM declares that she has no competing interests.