Benzodiazepines (BZDs) are the most commonly prescribed medications for anxiety, sedation, and sleep. Overdose can be intentional in suicidal patients; accidental in combination with other central nervous system (CNS) depressants, such as alcohol and opioids, and in older people; and occasionally by medication error. Older people, who commonly have diminished drug clearance and polypharmacy, are at especially high risk of overdose.

The key feature is excessive sedation with unremarkable vital signs and anterograde amnesia. Larger doses can cause coma and respiratory depression.

Treatment of overdose is by symptom management, not by quantitative assay. Acute management consists of maintaining airway, respiration, and haemodynamic support while excluding other diagnoses. Assisted ventilation may be necessary.

The BZD antagonist flumazenil can be used in first-time or infrequent BZD users to reverse CNS depression. It is contraindicated in BZD-dependent patients because of the risk of provoking seizures. The risks associated with its use often outweigh the benefits.

Benzodiazepine (BZD) overdose occurs when excessive amounts of BZD medications are taken. Commonly known as minor tranquilisers or sleeping pills, BZDs are prescribed for sedative, anxiolytic, hypnotic, and anticonvulsant purposes. BZDs are also widely abused. Acute overdose is characterised by excessive sedation with impaired mental status and diminished postural stability and reflexes. Although BZDs are relatively safe medications, acute overdose may induce respiratory depression resulting in coma and uncommonly death.[1]Hojer J, Baehrendtz S. The effect of flumazenil (Ro 15-1788) in the management of self-induced benzodiazepine poisoning. A double-blind controlled study. Acta Med Scand. 1988;224(4):357-65. http://www.ncbi.nlm.nih.gov/pubmed/3142220?tool=bestpractice.com Diagnosis is suggested by the history and by exclusion of other aetiologies. Chronic overuse increases the risk of many other pathologies. 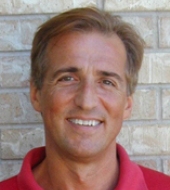 PMG declares that he has no competing interests.

RSH declares that he has no competing interests.

LP declares that he has no competing interests.

RT declares that he has no competing interests.