Notifiable disease. In dengue-endemic regions, suspected, probable, and confirmed cases of dengue infection should be reported to the relevant authorities as soon as possible.

Endemic in more than 120 countries, particularly the Southeast Asian and Western Pacific regions, the Caribbean, Latin America, and some regions in the US, Africa, and Middle East.

No specific antiviral agent has been developed. Meticulous fluid therapy and the identification of the critical phase are the most important aspects of management.

A tetravalent vaccine has been approved in some countries. Other vaccine candidates are currently in clinical development..

WHO group A (no warning signs)

WHO group B (developing warning signs) 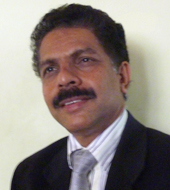 SAMK is an author of several references cited in this monograph.

JM declares that he has no competing interests.

MJ declares that he has no competing interests.

SG declares that he has no competing interests.