Term used to describe any disagreeable odour of expired air from the mouth. In most cases, it arises from the presence of volatile sulfur compounds (VSCs), diamines, and short-chain fatty acids in the exhaled air.

More likely to occur in individuals with oral, dental, and nasopharyngeal disease that can increase the accumulation of food debris and bacterial plaque.

If persistent and severe, it is defined as 'pathological halitosis'. Rarely, a spectrum of systemic disorders may also give rise to altered breath smell.

Diagnosis usually entails smelling the exhaled air of the mouth and nose (organoleptic assessment). More objective diagnostic tools include gas chromatography of oral breath and detection of oral bacteria likely to give rise to halitosis.

When associated with dental, oral, and pharyngeal disease, appropriate management of these conditions usually results in reduced accumulation of bacteria and reduced malodour. Therapy of halitosis due to systemic disease is based on treatment of relevant associated disorder.

Some individuals complain of oral malodour yet have no detectable halitosis. Such pseudohalitosis remains difficult to resolve. Affected individuals require appropriate psychological investigation and treatment.

Halitosis is a general term used to describe any disagreeable odour of expired air from the mouth.[1]Sanz M, Roldan S, Herrera D. Fundamentals of breath malodour. J Contemp Dent Pract. 2001;2:1-17. http://www.ncbi.nlm.nih.gov/pubmed/12167916?tool=bestpractice.com [2]Yaegaki K, Coil JM. Examination, classification, and treatment of halitosis: clinical perspectives. J Can Dent Assoc. 2000;66:257-261. http://www.cda-adc.ca/jcda/vol-66/issue-5/257.html http://www.ncbi.nlm.nih.gov/pubmed/10833869?tool=bestpractice.com Mild transient halitosis is usually caused by release of volatile odorous compounds from bacteria colonising oral surfaces. A more persistent form of halitosis is associated with certain oral, respiratory, and GI disease that triggers local accumulation of bacteria. Odorous compounds can be released into the bloodstream and eventually exhaled into the breath as a consequence of certain foods, drugs, or systemic disease. Self-reported oral malodour without detectable halitosis is considered to be delusional or a reflection of monosymptomatic hypochondriacal psychosis. 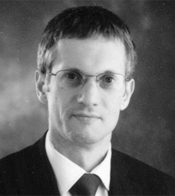 Director and Professor of Oral Medicine

SRP declares that he has no competing interests. 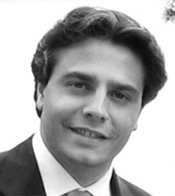 GC declares that she has no competing interests.

RSB declares that he has no competing interests.