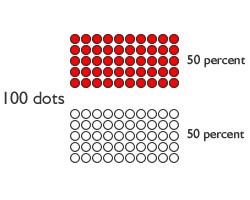 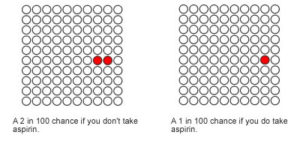 If you are not a ‘numbers person’, there are other ways to think about risk that you may find easier to understand.

Here’s another example: If you have a flu jab, there’s a 1 in 1 million risk of getting Guillain-Barré syndrome, a rare disease that can make you paralysed.[4] That is about the same as the risk of dying in an accident while on a 10-mile bicycle ride. 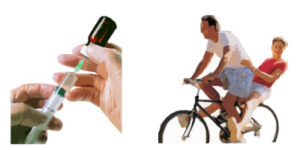 If you prefer graphs to numbers, or the other way around, ask your doctor if it is possible to have risk shown to you in a way you understand.