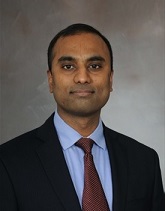 This article is based on a podcast that was recorded by the BMJ. In this article, Dr Kieran Walsh, Clinical Director at BMJ, interviews Prof Sudhakar Selvaraj, Assistant Professor of Psychiatry at the University Of Texas Health Science Centre and author of the BMJ Best Practice topic on bipolar disorder.

Kieran Walsh: Bipolar disorder is the sixth leading cause of disability in the developed world amongst those between the ages of 19 and 45. It is associated with impaired quality of life, increased risk of suicide, and increased risk of substance abuse, so this is a serious mental and public health problem.

To help us with this problem, we have Professor Sudhakar Selvaraj, Assistant Professor of Psychiatry at the University Of Texas Health Science Centre. Let’s start by asking: what exactly is bipolar disorder?

Professor Selvaraj: Bipolar disorder is a mood disorder, a serious mental illness that’s characterised by repeated periods of changes in the mood, activity, energy levels, and sleep patterns, and also associated with changes in the way people think and speak and make decisions. Bipolar is, by nature, characterised by two extremes of mood episodes: mania and depression. Also, in between, some of the symptoms overlap.

Mania symptoms are characterised by hyperactivity, elevated mood or irritable mood, and poor sleep or less need for sleep. Patients feel that they have more energy, and they feel grandiose about their ability. Depression is the opposite, where people feel sad, depressed, and tired, and don’t sleep or sleep more. There are also cognitive symptoms, such as difficulty making decisions and ruminating. It’s a chronic illness. It’s characterised by many episodes throughout life.

Kieran Walsh: Thank you, that’s really helpful. I wonder, can you tell us about recent advances in the diagnosis of this disorder?

Professor Selvaraj: Before that, I think I would say bipolar disorder is diagnosed mainly based on the clinical symptoms and history, and more as an assessment done in the clinic. There are no tests available to diagnose bipolar disorder. In terms of advances, we are beginning to understand how this illness overlaps with many other conditions and how symptom dimensions emerge early in life.

Kieran Walsh: Are those symptoms similar to the ones that you described earlier: the symptoms of mania on one hand and depression on the other?

Professor Selvaraj: There are ongoing studies. There’s more research required. The symptom characteristics of young people seem to be a little different to those of adults. For example, bipolar disorder is mainly diagnosed if one has a mania episode. Mania is characterised by elevated mood or irritable mood along with increased activity and energy, but in children you find it difficult to see the same set of symptoms, because of the nature of their life experience.

What we increasingly recognise is that the irritability, anger, hyperactivity, distractibility, and other behavioural disturbances emerge earlier, but the field is debating whether these are truly features of bipolar disorder or features of the personality that is developing. So, yes, there are some overlapping symptoms, but also there are differences between bipolar disorder in younger people and adults.

Kieran Walsh: Okay, thank you. Let’s move on to pitfalls in diagnosis. Are there any common pitfalls in the diagnosis of bipolar disorder?

Professor Selvaraj: Yes. Bipolar disorder is diagnosed based on mania symptoms. That is, if a person has a full-blown manic episode or a milder episode, they’re classified as having bipolar disorder. But the problem with this clinical diagnosis is that many people often experience depression for a longer period and later develop mania, milder forms of mania - so we do not know yet who is going to develop mania bipolar disorder later. So you have to follow up carefully.

Kieran Walsh: Okay, thank you. You mentioned minor mania and more severe mania. What’s the difference between the two? What would the symptoms of minor mania be?

Professor Selvaraj: The mania symptoms are as I described: elevated mood or irritable mood, and then disruptions in the activity levels, needing less sleep, and being more talkative and having a flight of ideas, like having more thoughts and ideas and engaging in different kinds of projects.

But the mania is the most severe form, where the symptoms persist almost every day, for a least more than a week, and the symptoms are more severe. Patients most likely need hospital admission or end up in other forms of intense treatment.
But with milder forms of mania, a person may experience less intense symptoms and the diagnosis is often made if one has these symptoms for four days or more. The frequency and intensity of symptoms are less, compared to full-blown mania symptoms. That’s what is classified as hypomania.

Kieran Walsh: Thank you, that’s helpful. Let’s move on to management. Can you tell us about recent advances in the management of this disorder?

Professor Selvaraj: Bipolar disorder describes a recurrent chronic illness. Before I go to recent advances, let me give you a little background about treatment strategies so that we know where the direction of travel.

There are other drugs, usually used as antiepileptic drugs, such as sodium valproate, carbamazepine and lamotrigine. They’re also used for the treatment of mania. Recently, with large-scale research studies, we’re beginning to understand that bipolar depression treatment seems to be different to when you treat a person with unipolar depression.

In the past, we always treated bipolar depression with a mood stabilizer and a traditional antidepressant, but that view has changed now because traditional antidepressants seem to be either ineffective or sometimes have a slightly increased risk of causing manic symptoms. So, the field has moved to other drugs, and dopaminergic drugs, also called as antipsychotic drugs, are increasingly used for the treatment of depression symptoms in bipolar disorder.

Kieran Walsh: That’s really helpful. What about pitfalls in management? What common mistakes would you say, in your experience, do you see made in the management of patients with bipolar disorder?

The second one is that it’s a recurrent condition. Treating the acute phase is important. At the same time, preventing future relapses also should be kept in mind. Patients should always be involved in decision-making, right from the beginning, because often all these medications have unnecessary side effects. But if the benefits are worthwhile and the treatment is essential, then some of the side effects may be tolerated by the patient.

A patient needs to be involved in the decision-making from the beginning. I think that’s the important thing for the treatment of bipolar disorder for patients and families, involving them in the decision-making right from the beginning – not only on the treatment but also educating about the illness because often the problem is that patients stop the medication and become non-compliant with their treatment plan. Education on treatment will reduce the possibility of non-compliance, and therefore reduce the risk of relapses.

That needs to be kept in mind - making sure that patients not only improve in terms of their symptoms but also making sure that they are integrated in society. Clinicians should practice according to biopsychosocial models where you not only address medication, but also the psychological, educational and social components by involving the patient, family, and other important people in management.

Kieran Walsh: Last question: what have we missed? What other questions do you get asked by doctors and other healthcare professionals about bipolar disorder, and what are the answers to those questions?

Professor Selvaraj: Most often I am asked by the diagnosis about the bipolar disorder. I am often asked about the management of patients with more than one condition. For example, people with personality disorders also develop mood symptoms. Then some of these features of both conditions can be hard to distinguish and to manage.

The other thing that I am asked about is that, with modern and evolving digital trends, whether some newer approaches to monitoring mood symptoms, sleep and other symptoms of bipolar disorder are worthwhile.

People are increasingly using smartphones, and there are several electronic apps available now that teach them about symptoms and treatments. So the question is how to incorporate such novel developments into treatment.

Professor Selvaraj: I think many of the top research institutions are incorporating digital strategies into research studies on mood disorder and mental illness. In the clinic, we can miss the real daily-life problems that patients encounter.

Smartphone applications are good at picking up some of these features. Let me give you an example. Bipolar disorder is characterized by motor elevation. What I mean by that is increased energy, increased movement, and increased speech during mania, and the opposite trend in depression.

Often, this is picked in the clinic, but we don’t know whether it’s actually happening throughout the day or every day, or whether it is related to mood symptoms and other emotional symptoms. Monitoring daily digital-based records can enable us to do this.

Kieran Walsh: Okay. Thank you. We hope that this has been helpful, and we hope that you’ll be able to put what you’ve learned into action to better manage affected patients.

If you want to find out more, look at the BMJ Best Practice topic Bipolar disorder in adults