Short stature is defined as a height that is 2 or more standard deviations below the mean for age and gender within a population (below the 2.5th percentile).

Growth deceleration is defined as a growth velocity that is below the 5th percentile for age and gender (e.g., <5 cm/year after the age of 5 years), or a height drop across 2 or more percentiles on the growth chart.

About 2% of all children, or more than 1 million children in the US, present with short stature. Boys come to medical attention because of short stature more frequently than girls. However, one study found that 38% of boys and 20% of girls who were referred were of normal height, the referral being due to errors in measurement, errors in plotting on the growth chart, or failure to account for the child's genetic height potential.[1]Lifshitz F (ed). Pediatric endocrinology. 5th ed. New York City, NY: Informa HealthCare; 2007.[2]Grimberg A, Kutikov J, Cucchiara A. Sex differences in patients referred for evaluation of poor growth. J Pediatr. 2005 Feb;146(2):212-6. http://www.ncbi.nlm.nih.gov/pubmed/15689911?tool=bestpractice.com

In most truly short children, there is often no organic cause but rather a combination of familial (genetic) short stature and constitutional delay of growth and development. However, in a small number of children, short stature can be a manifestation of a pathologic condition (e.g., endocrinopathy, malabsorption, renal disease, inflammatory disease). In a school-based study, 14% of children who were shorter than the 3rd percentile and growing at <5 cm/year were found to have an underlying medical condition, of which 5% were endocrine in origin. Evidence B Pathologic short stature: there is medium-quality evidence that 14% of 555 children with short stature have an organic disorder, of which 5% are endocrine in nature.[3]Randomized controlled trials (RCTs) of <200 participants, methodologically flawed RCTs of >200 participants, methodologically flawed systematic reviews (SRs) or good quality observational (cohort) studies. In developing countries short stature is often a consequence of malnutrition. Prevalence rates for stunting in adolescents and children range from 9% to 11% in South America and are as high as 30% in parts of Africa.[4]Vitolo MR, Gama CM, Bortolini GA, et al. Some risk factors associated with overweight, stunting and wasting among children under 5 years old. J Pediatr (Rio J). 2008 May-Jun;84(3):251-7. http://www.ncbi.nlm.nih.gov/pubmed/18535734?tool=bestpractice.com [5]Romaguera D, Samman N, Farfan N, et al. Nutritional status of the Andean population of Puna and Quebrada of Humahuaca, Jujuy, Argentina. Public Health Nutr. 2008 Jun;11(6):606-15. http://www.ncbi.nlm.nih.gov/pubmed/17894917?tool=bestpractice.com [6]Custodio E, Descalzo MA, Roche JS, et al. Nutritional status and its correlates in Equatorial Guinean preschool children: results from a nationally representative survey. Food Nutr Bull. 2008 Mar;29(1):49-58. http://www.ncbi.nlm.nih.gov/pubmed/18510205?tool=bestpractice.com

Factors determining normal growth depend on the child's age. An alteration in any of the factors can lead to growth failure.[1]Lifshitz F (ed). Pediatric endocrinology. 5th ed. New York City, NY: Informa HealthCare; 2007. 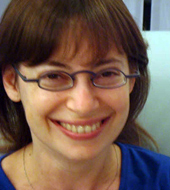 RB declares that she has no competing interests. 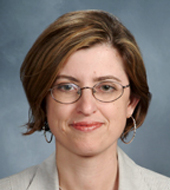 Division of Endocrinology and Diabetes

MV declares that she has no competing interests.

Chief of the Division of Pediatric Endocrinology

IM declares that he has no competing interests.

RD declares that he has no competing interests.