Melioidosis is characterised by fever, pneumonia, and abscesses, although there is a spectrum of severity from mild, localised infections to disseminated infection causing rapidly fatal sepsis. Glanders is uncommon in humans.

Diagnosis of melioidosis is a challenge as it mimics many other conditions, especially tuberculosis. Diagnosis of both conditions requires a high index of suspicion from the clinical presentation, and must be confirmed by culture of B pseudomallei or B mallei.

Initial intensive intravenous antibiotic treatment is the mainstay of therapy in most patients and may be required for weeks, depending on clinical circumstances. This is followed by a minimum of 3 months of oral eradication therapy to reduce the risk of relapse.

Mortality associated with melioidosis is still up to 50% in many endemic regions, but as low as 10% if there is access to timely diagnosis, appropriate antibiotics, and state-of-the-art intensive supportive care.

Both conditions are caused by bacteria of the Burkholderia genus and present with broadly similar symptoms, characterised by fever, pneumonia, and abscesses, although there is a spectrum of severity from mild, localised infections to disseminated infection causing rapidly fatal sepsis.

Melioidosis, also called Whitmore's disease, Nightcliff gardener's disease, pseudoglanders, or the 'Vietnam time bomb', is caused by the bacterium Burkholderia pseudomallei. The bacterium is a saprophyte found in soil and water throughout the tropics, especially Southeast Asia and northern Australia. Humans and other animals become infected by exposure to the organism in the environment.[1]Centers for Disease Control and Prevention. Melioidosis. January 2012 [internet publication]. http://www.cdc.gov/melioidosis/index.html

Glanders is caused by the bacterium Burkholderia mallei. This is a close relative of B pseudomallei that has become adapted to life as an obligate pathogen of equines (i.e., horses, donkeys, and mules).[2]Nierman WC, DeShazer D, Kim HS, et al. Structural flexibility in the Burkholderia mallei genome. Proc Natl Acad Sci USA. 2004;101:14246-14251. http://www.pnas.org/content/101/39/14246.long http://www.ncbi.nlm.nih.gov/pubmed/15377793?tool=bestpractice.com It can sometimes be transmitted to humans through contact with tissues or body fluids of infected animals. In the past, human glanders occurred sporadically in those involved in working with horses (e.g., grooms and veterinarians) but since equine glanders was controlled and society became less dependent on horses, human glanders has almost completely disappeared. Only a single, laboratory-acquired, case has been reported in the literature in the last 60 years.[3]Srinivasan A, Kraus CN, DeShazer D, et al. Glanders in a military research microbiologist. N Engl J Med. 2001;345:256-258. http://www.nejm.org/doi/full/10.1056/NEJM200107263450404 http://www.ncbi.nlm.nih.gov/pubmed/11474663?tool=bestpractice.com

Both organisms have been considered as potential biological weapons, and glanders was used deliberately by German agents in World War I.[4]Dance DAB. Melioidosis and glanders as possible biological weapons. In: Fong I, Alibek K, eds. Bioterrorism and infectious agents: a new dilemma for the 21st century. New York, NY: Springer; 2005:99-145. They are classified as Tier 1 select agents in the US.[5]Federal Select Agent Program. Select agents and toxins list. 2017 [internet publication]. http://www.selectagents.gov/SelectAgentsandToxinsList.html

BJC is the author of several references cited in this topic. 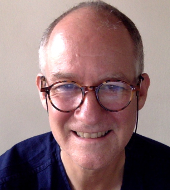 Faculty of Infectious and Tropical Diseases

DABD is the author of several references cited in this topic. DABD has acted as a consultant to Soligenix Inc. and has worked with InBios on the evaluation of diagnostic tests for melioidosis.

RN declares that he has no competing interests.

PC declares that he has no competing interests.